What is your purpose?

I was watching the film, ‘Get Out’, recently. For those of you who have not seen it, (spoiler alert) the film tells the story of a young African-American man (Chris), who is invited by his white girlfriend (Rose),  to visit her family on their secluded estate.

Over the course of the film we learn that Rose  and her family have found a unique way to preserve the longevity of their family members.  Rose’s dad, Dean, is a neurosurgeon who transplants the brains of white people into black bodies. In the meantime, the consciousness of the hosts remains in “the sunken place”, watching but powerless.

This blog is not a critique about the film, however. I am using it to set the scene because – while the film itself is quite arresting – the most powerful moment for me came when Dean asks Chris the question: “what is your purpose?”.

This is a question I invariably invite my clients to consider during our coaching relationship; and like Chris in the film, many are stopped in their tracks.

The importance of a clear ‘why’

In his best-selling book, Start with Why: How Great Leaders Inspire Everyone to Take Action,  Simon Sinek poses the question: why is it that some individuals or organisations, succeed and others don’t? The answer, he argues, is that successful leader-managers and organisations start everything they do by first asking ‘why’.   He cites examples such as Apple, the Wright Brothers, and Dr. Martin Luther King Jr. among others.   Sinek makes clear what he means when he talks about ‘why’:

“By WHY I mean what is your purpose, cause or belief? WHY does your company exist? Why do you get out of bed every morning? And WHY should anyone care?”

While knowing your why is not the only way for individual leaders, teams or organisations to be successful, Simon Sinek suggests that “it is the only way to maintain a lasting success and have a greater blend of innovation and flexibility.”

So how do you discover your purpose?

Many of the leader-managers and teams I work with, tend to answer the question, what is your purpose, with: 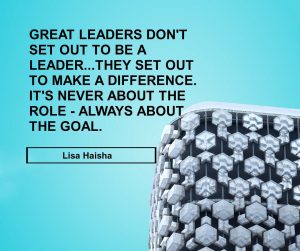 While this is a great place to start, it is important to have a clear sense of purpose that focuses on what you believe.  A great technique to use to get to the source of your ‘why’ is 5 WHYS.  Although developed as a problem-solving technique, it has also been applied to goal-setting and decision-making.

5 WHYS is a powerful technique, particularly when it is used as part of a process to help a leader-manager or team to discover their deepest motivation and beliefs.  Accordingly, great care and sensitivity need to be used.  After all, you would not think to dive into a deep ocean without some preparation.  Ensuring you have the right equipment and know how to use it are critical.

Encouraging a stance of curiosity is a highly effective way to engage a leader-manager or team in exploring their purpose.

It is also worth noting that sometimes, a leader-manager’s deepest motivation can reveal itself after the first ‘why’ question.  It is not always necessary to ask ‘why’ five times.  Take the example of a client below:

Lorna: What drives you; what gets you up in the morning; in other words, what is your sense of purpose?

Client: To make a positive contribution to the world.

Client: Because I believe we live in a world where we are inextricably interconnected; what I do ripples throughout the system to which we all belong; my actions impact others.  I believe we are accountable to each other for the things we do and that each of us has a responsibility to each other and for each other.  For me, this means playing my part in making a better world, not just for myself and my family, community, team or organisation but for others, including those who are yet to come.  I feel that my role provides me with the greatest opportunity to make a positive impact for others.

This leader-manager told me that it was the first they had articulated their “sense of purpose” in this way and went on to say they had found it immensely empowering.

I did not go on to ask them any further ‘why’ questions; instead the focus of the coaching conversation was about ‘how’ they were exercising their leadership in ways that were ‘true’ to, and honouring their purpose.